While wonderful work in steel certainly distinguishes David Mercer, what really made this South African builder stand out was the fact that he came from South Africa. As such, he was probably unique at Bespoked; in any case, he’s a rarity back home.

South African framebuilding, he says, got started during the sanctions era of the 1970s and 80s; nothing could be imported, so some local operators got started manufacturing bicycles under license from Peugeot and other big makers. With the end of sanctions and the advent of the mass-produced mountain bike, the resumption of imports quickly squashed those builders, leaving just a few masters such as Francois Du Toit and a smattering of hobbyists.

And, adds Mercer, the South African public is simply not familiar with custom options, so it’s a tiny market.

But as Dave’s blog highlights, it’s a market with its share of passion for riding – and very well suited to the sort of MTB-road-tourer hybrid creations that are starting to come out of Mercer’s workshop. The bike he showed at Bespoked was a good example, and the ninth complete frame he’s built; two more followed, and he says he’s got orders for four waiting when he returns home, to keep him in work for a month or so.

Mercer’s business so far has been mostly in racks, ranging from pannier carriers to custom projects like mobile ice-cream shops.

Complete bikes, then, are a new line. Naturally, Dave hopes pitching up at Bespoked helps sell a few – but mostly, he says, he came to look around the show and see his heroes. 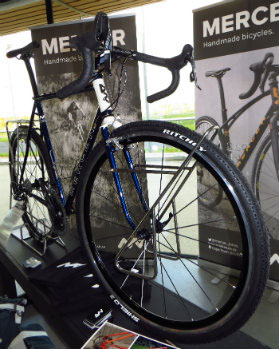 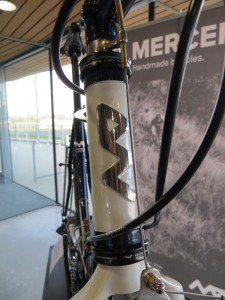 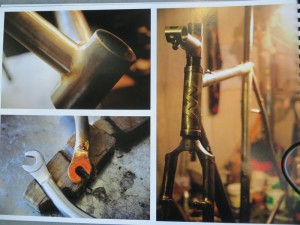