One particular treat at the Bespoke show in Bristol was to find Marco Bertoletti, and his aptly-named Legend range of road racing bikes – he being something of a legend himself. With a quarter century of building frames for other brands under his belt – Bertoletti was, for example, the builder behind some particularly exotic frames sold by Viner – he decided five years ago to create his own name and, he says, chose Legend. 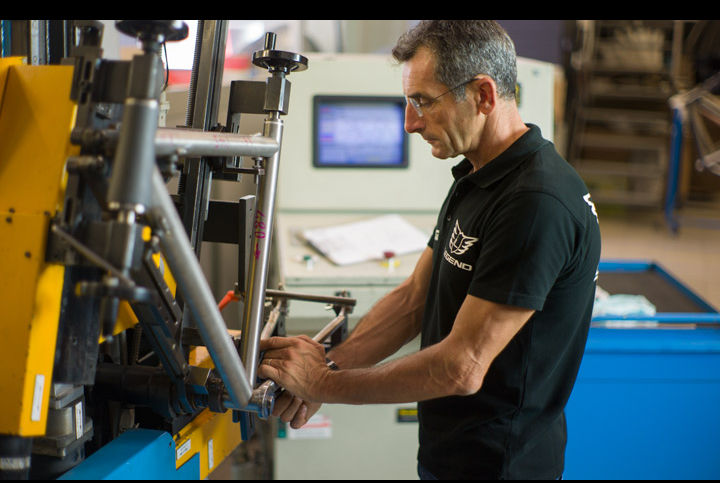 As to why “Legend” he didn’t elaborate, though one model is branded Bertoletti, perhaps to keep it sounding Italian; sadly, 10speed doesn’t speak Italian, because it would have been good to hear the man muse about it in his own language. Regardless, at Bespoked his assistant, Manuel Colombo, described sales as “good”, with about 500 frames – in titanium, carbon and steel – a year coming out of the workshop in Presezzo, near Bergamo. All are to order if not fully custom, about 80% of those go out the door as framesets, and Bertoletti works with reasonably local names like Campagnolo, Deda and Selle Italia to create special touches for complete bikes.

Colombo says that Bertoletti makes some investment in marketing, but the key to the business is service; the best marketing “is a happy customer” and while a few UK shops have a Legend bike, word-of-mouth prevails. As Colombo puts it, follow-on sales are relatively “easy” – but finding new customers is hard, so keeping them is critical.

The trip to Bristol must have represented a big chunk of Bertoletti’s marketing investment for the year – but it also demonstrated the power of personal service; one of the bikes on the stand belonged to a local customer who owns two, and had contacted Bertoletti asking to have one of his bikes displayed. He even joined show team, wearing the shirt and happy to talk about why his bikes, and their builder, are Legends. 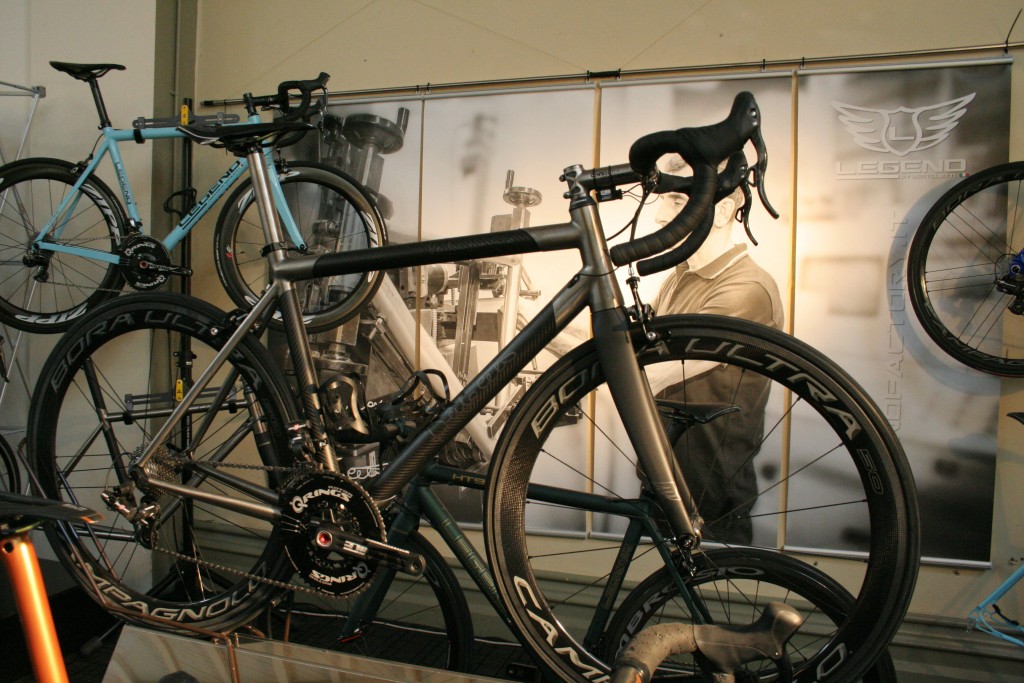 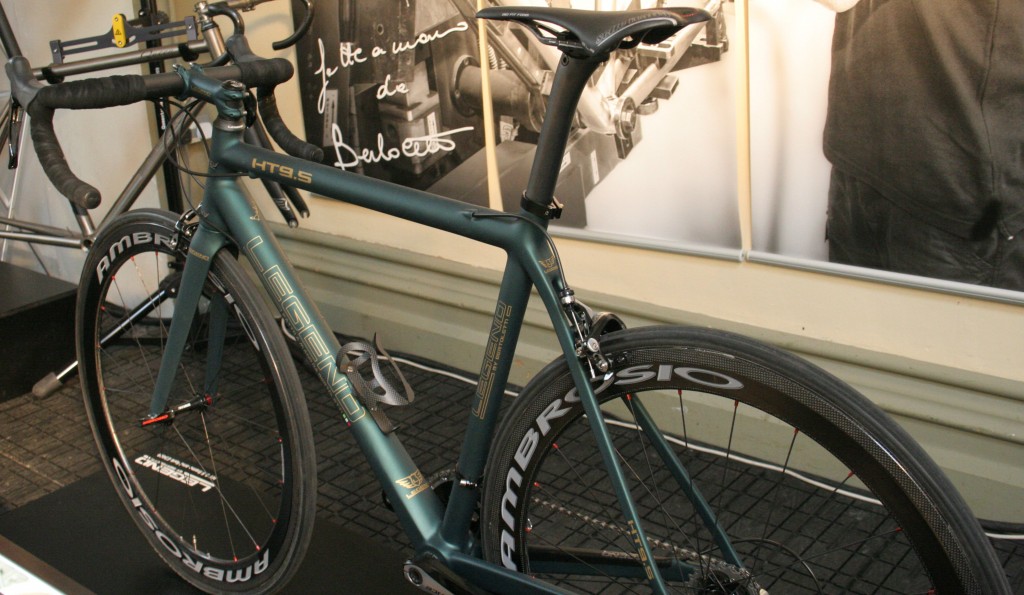 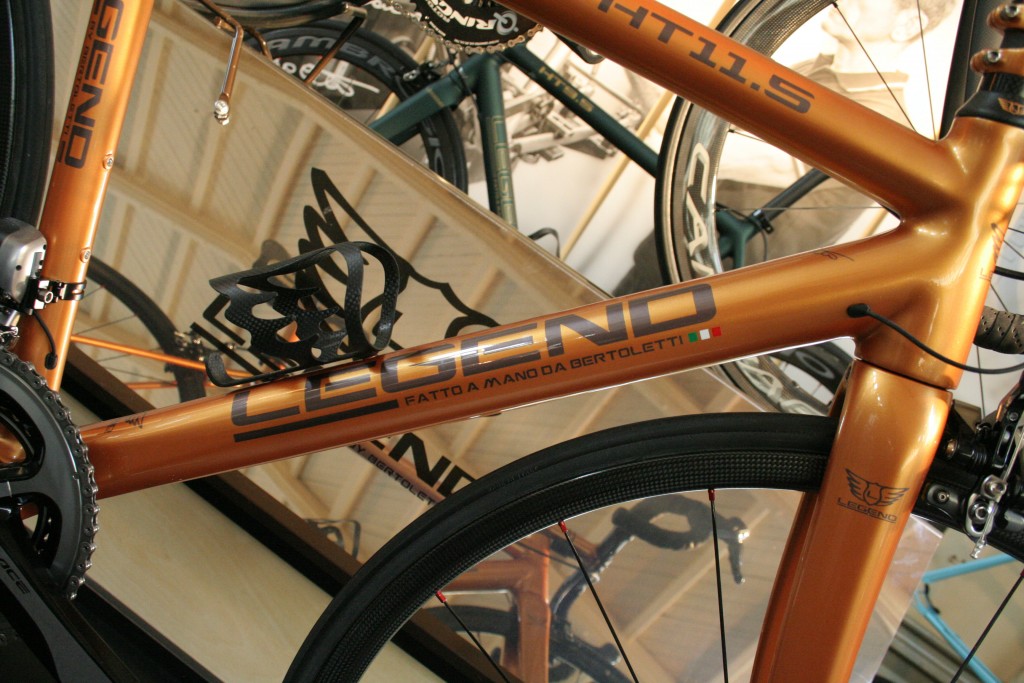 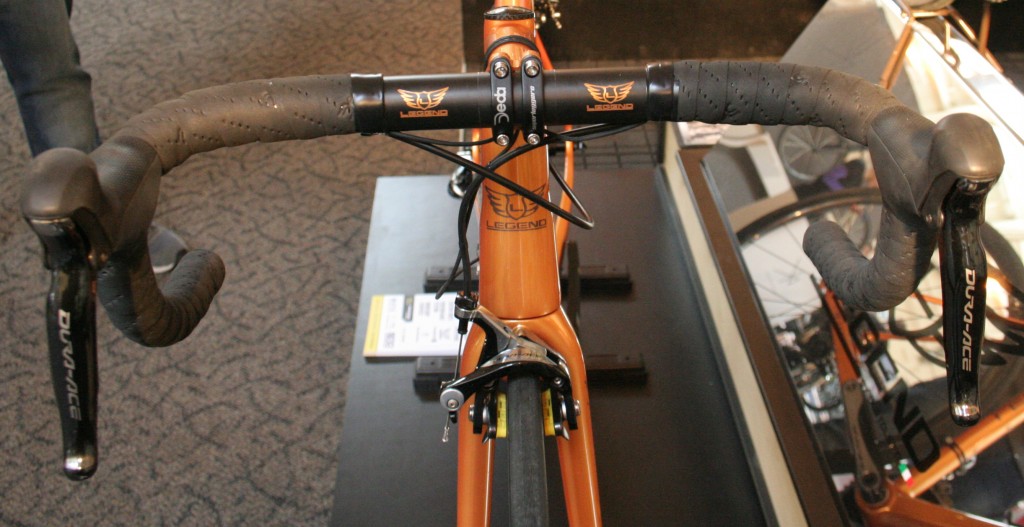