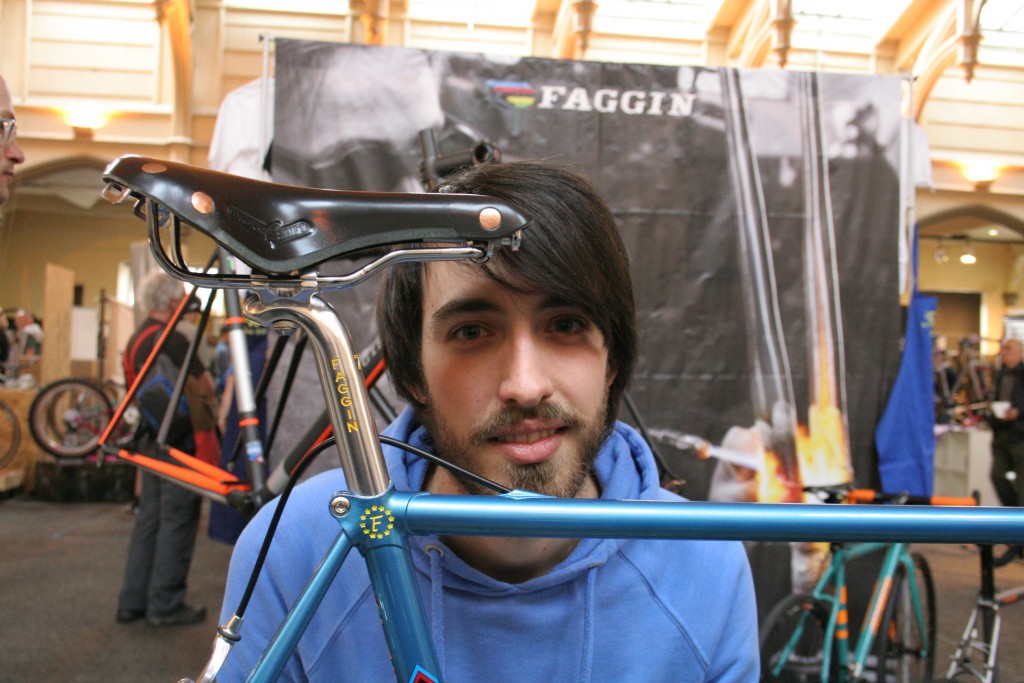 You can’t buy heritage – but you can sell it. That would seem to be the lesson to take from Faggin, established in 1945 and one of the truly grand old names of Italian framebuilding – and a delight to find still in business and pitched up at Bespoked. Showing a sweep of bikes built in the style of the 1970s and 80s, Davide Faggin – 25 years old and one of three full-time employees, along with his mother and chief framebuilder father, Massimo, who joined the family firm in 1976 – notes with pleasure and a touch of astonishment that “L’Eroica started a phenomenon.”

People, he says, want to know the past. So that annual ride for pre-1987 bikes along Tuscany’s white gravel roads – the “strade bianche” – that has been franchised to Britain, Spain, Japan and California, has become a lighting rod for interest in, and demand for, bikes like the ones Faggin made back in the days when it employed 13 builders and made 350 frames a month.

Those were the days, and times have changed. Back then, market conditions and strong demand from growing markets like the USA kept – as an anecdotal observation – quite a few Italian shops like Faggin operating at around 4,000 frames a year. Since the mid-to-late 80s, though, the advent of aluminium, titanium and carbon fibre made for a difficult transition, financially and culturally, for traditional framebuilders. And, the development of the bike industry in the Far East turned the price equation on its head; as Davide notes, Faggin builds tube-to-tube carbon frames to custom order, but there are moulded monocoques coming out of China for €200; sales, no surprise, are hard: “I spend a month to sell a custom frame.”

Today, says Davide, Faggin makes 70 a year and also does restorations. He and his parents would like to grow the business to about 120 frames yearly, but that would be about the limit. Growth, he says, is challenging if only because finding skilled framebuilders might have been fairly easy in Italy in the 80s, but is difficult today.

This hollowing out of the skills base – a fact of life also noted at Bespoked, with no small sadness, by Sena Daccordi – clearly has the industry in some peril. Whether the resurgence of interest in owing and hence making steel frames will help to turn it around remains to be seen. But meanwhile, notes Davide Faggin, many companies have had to call time because they struggle to recruit framebuilders.