Christy Boothroyd of Slate Cycles‘ musing at Bespoked Bristol about the sense of a bubble growing in the handbuilt bicycle world is certainly well-observed, but not shocking; Jon Davis of Fresh Fabrications in London said much the same a year ago when the show was at London’s Olympic velodrome, and a trip around the show turns up exhibitors whose oeuvre runs to a handful of bikes – with number-one having been their output from a learn-from-scratch framebuilding course.

Warnings to those with perhaps more enthusiasm than experience are nothing new. Many years and more than a couple bubbles ago, that most-successful of English custom builders, Chas Roberts, told your correspondent that, in his long experience, experience matters – don’t imagine that one or two frames built on a course are enough to go forward commercially with confidence.

But while nobody would dispute the value of years behind a brazing torch, skills for the craft can clearly be established in other fields, at least when alloyed with passion and aptitude. Boothroyd’s background as a silversmith, say, sounds like the right sort of thing. Another man with sound underpinnings is SaiTong Man, who pitched up for the first time at Bespoked having built a grand total of seven frames – and left with the show award for “best finish/paint”.

Sai, trading as Satoma Cycles, is an engineer by training who spent a dozen years working as a video games designer, doing carpentry in his spare to satisfy a need to build actual, physical things. Having reached a point where he wasn’t learning anything new in video games, he decided to try frame building – and went on a course at the Bicycle Academy 18 months ago. Then, a year ago, he won the Academy’s new builder award, which bagged him a tube set and gas welding rig.

Beautiful, intricate lugwork – and a sublime touch with the paint that goes over it – defines Sai’s work; he says he likes to build his lugs as metal bilaminates, which lets him work to any angles and gives him “free reign” as an artist. For sure, his show bikes were unique, distinctive and memorable, so it’s no surprise to see a rosette pinned to a saddle.

Sai talks in terms of allowing two weeks per frame, so being able to build 20 a year – and wanting to “get down to work”. Nobody gets rich making 20-ish bikes a year but the Bespoked consensus seems to be, that’s enough to earn a living and about as many as one builder can manage.

Meanwhile, Sai says he’s trying to build a portfolio and his reputation. As long as the world values beautiful things, such a talented and modest man should ride out any burst bubbles. 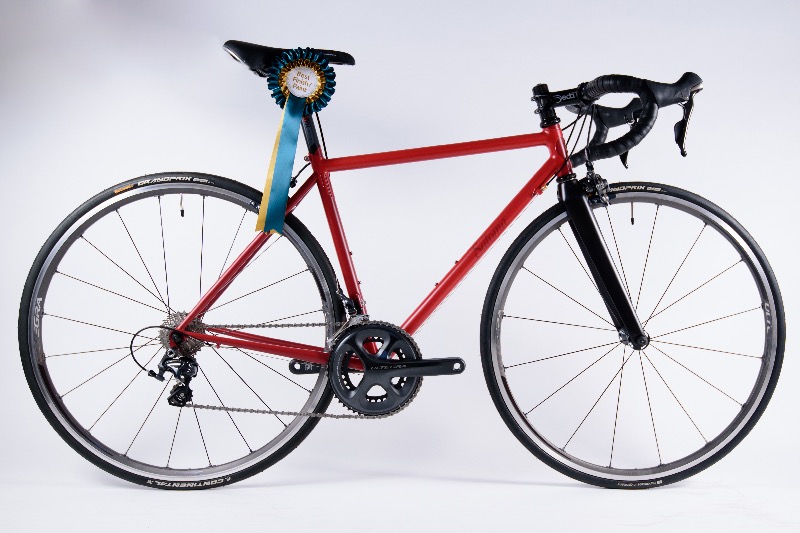 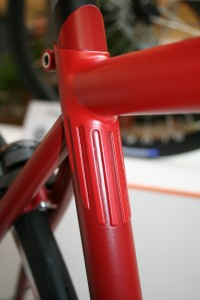 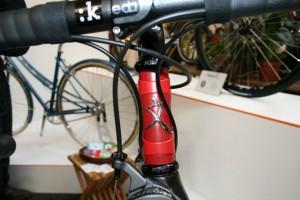