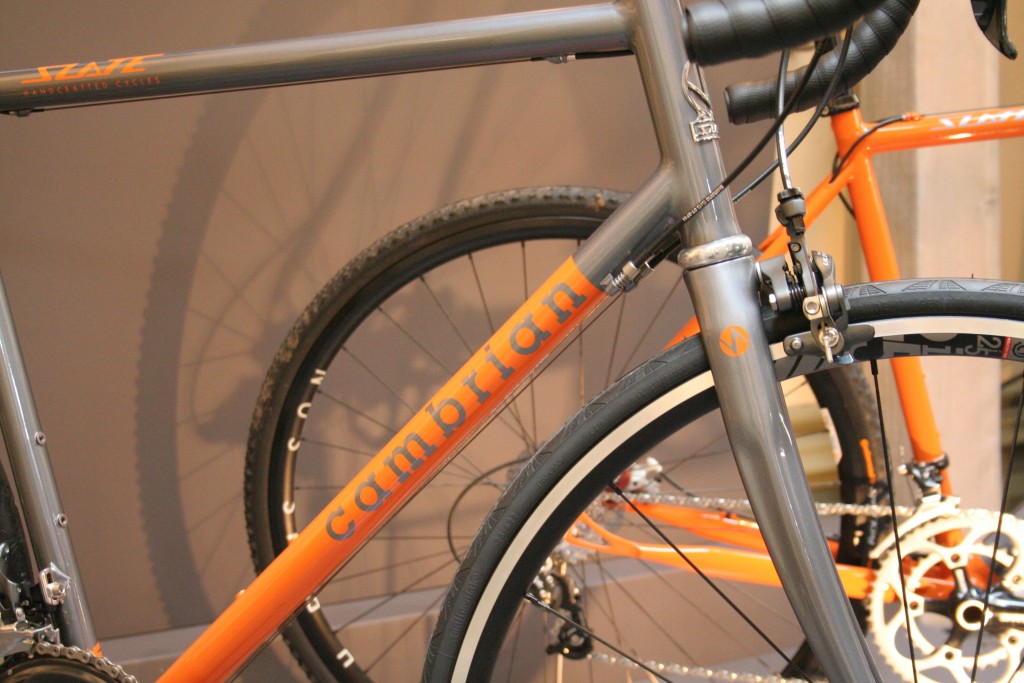 Like many one-man bicycle frame shops, Christy Boothroyd is trying to turn a hobby into a business. And, like many of his peers, Boothroyd – working in Snowdonia, north Wales and aptly trading as Slate Cycles – recognises the limits of a business built on what one man can build.

Four years into a framebuilding life that up to now has been a “glorified hobby”, Boothroyd reckons he could make a living on 12 to 15 bikes a year. But while the fine details of the two machines he showed at Bespoked show his origins as a silversmith and jeweller, they also underscore the crunch; there is too much time in every bike to make enough money doing it.

Boothroyd’s answer is to modify the notion of “bespoke” building to making two models only (he showed Bespoked visitors his “Cambrian” road racer and “Quarryman” disk-braked ‘cross bike), available to order and with “small customisation”. If he knew exactly what he was building, he says, he could just about build 30 such bikes a year.

Just about; at two bikes a month, though, he reckons he’d be past the point where he could do all the work himself – the mirror finish on the Cambrian show bike’s rear triangle was a two-day job, says Boothroyd, working through successively fine grades of sandpaper.

As it stands, he has the paint work done “nearby”, which takes a key part of the job out of his direct control. (More than a few builders at Bespoked talked about paint being an issue – a paint booth is expensive, and few can afford to invest in one alone; builders who are clustered near to each other and can share a booth have a cost advantage.)

The other really big constraint is the fact that one man can’t build all the bikes and administer the business if it gets too big – again, two bikes a month is about the limit. Being organised is also critical, a skill which Boothroyd reckons isn’t a strong suit for many craftspeople.

For business models to learn from in the bespoked world, he looks to the USA, citing particularly Portland, Oregon’s Vanilla Workshop, and its Speedvagen brand. Sacha White builds every Vanilla bespoke, and the wait list “is currently several years…the result of an uncompromising vision of what we think makes the perfect bicycle”, according to his website. Speedvagens, by contrast, are “fully custom race machines that are 100% designed, fabricated and painted right here in the Vanilla Workshop [but] delivered to you in a few months”.

Boothroyd’s work suggests he also admires a minimalist Vanilla aesthetic that lets craftsmanship speak through subtle – but time-consuming – details like brake bridges and cable stops. But for that work to be the foundation for a business clearly demands a careful balance between labour, volume and, critically, price.

To wit, anybody in the bespoke bike building industry might take note of another of Boothroyd’s observations – that there is “a sense of a bubble growing”. 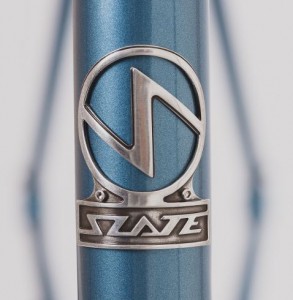 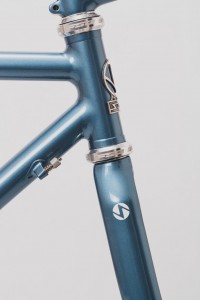 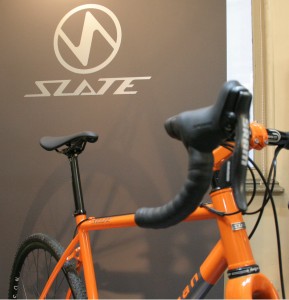