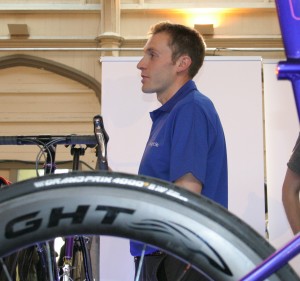 Tom Sturdy may well have been designed to be a bicycle maker. A former professional road rider, he has studied engineering and biomechanics – so he knows all about the value of both hard work and technical skills; good and bad fortune, too, including what it’s like to live a financially precarious existence.

As Sturdy puts it, his professional racing career ended 18 months ago – just before Wales was to select its Commonwealth Games team – when he got “run over”. Prior to that, he’d been “tinkering for a long time” with bike building, but this is his first year as a “proper limited company”. Bespoked 2015 was the first place he’d exhibited his work.

Life as a racer, he says, was not glamorous: “When you’re living off prize money, everything is different.

“You need as much luck as you do talent, and you stop enjoying it. If you have a bad race, you don’t eat next week.”

As a bicycle builder, Sturdy chooses to keep as much control as possible, making everything he can in-house when possible: carbon fibre tubes and mudguards, cable stops, etc. “I try to keep as much ownership as I can. It’s your brand – that’s what people are buying into.” Two bikes a month, he says, “is flat-out for me”.

To some extent, he is forced into self-sufficiency by his location; there are some “cluster effects” in London or Sheffield, but in Powys, Wales he can’t, say, share a paint booth. But, he notes, it’s a great place for customers to come.

In any case, Sturdy enjoys the business: “One of the things I like about this industry is, it’s not really competitive. Realistically, each of us here can only build 20 to 30 bikes a year, so we’re not really stepping on each others’ toes.” 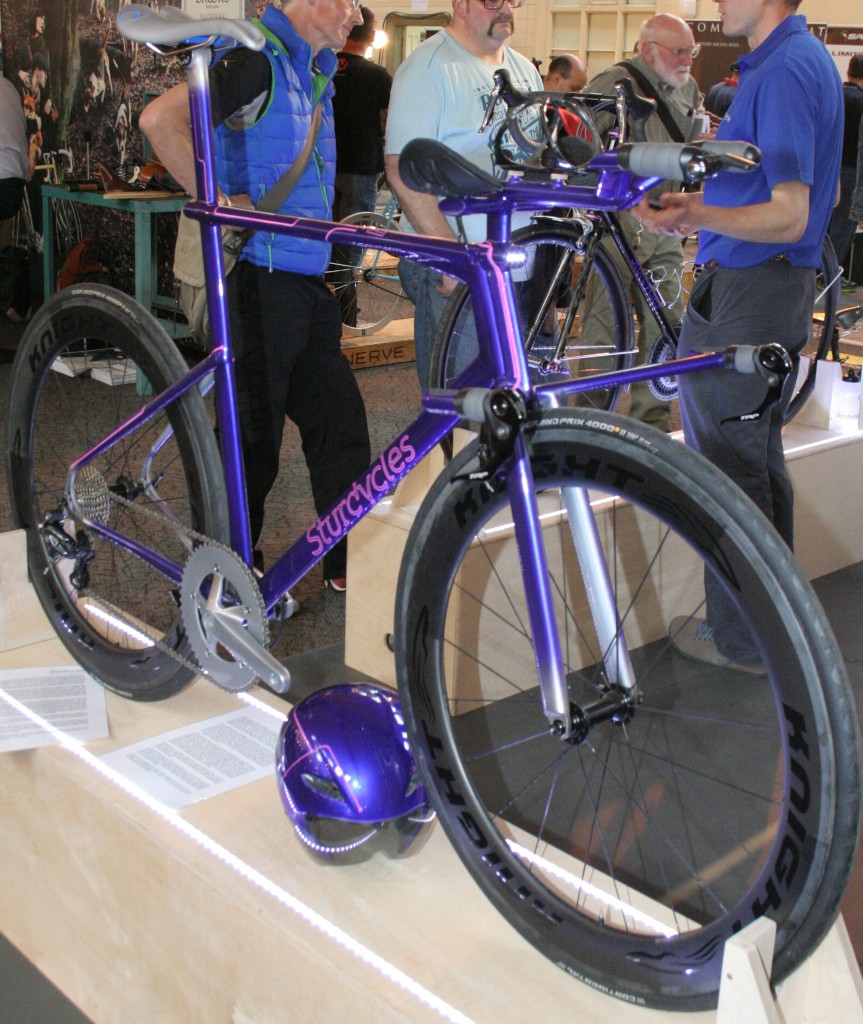